What Would You Decide? A Probability Puzzle! | exSTEMsions 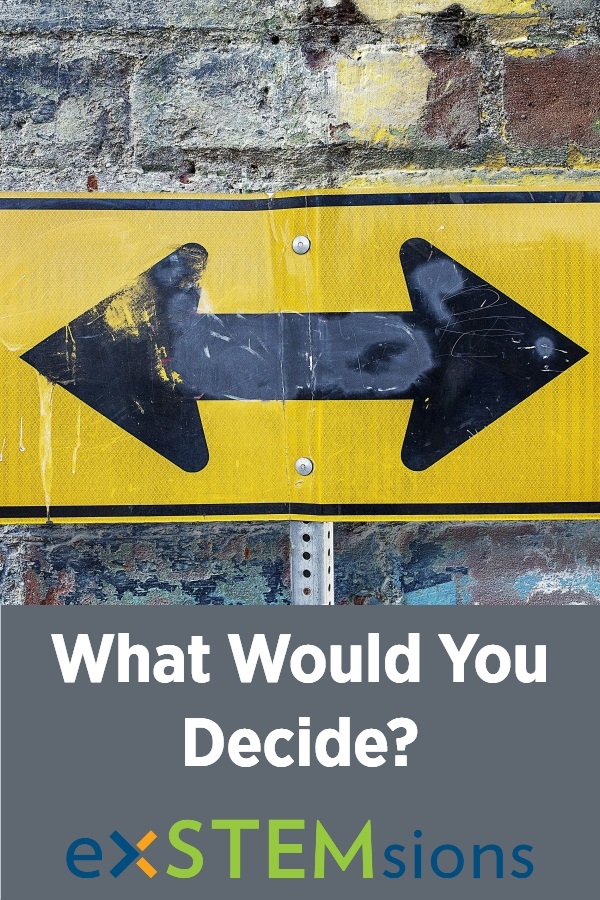 Imagine the following hypothetical situation.  The U.S. government is expecting the outbreak of a new communicable disease, and 600 people are expected to die if nothing is done to stop it.  The Centers for Disease Control propose two different programs, called A and B, to address the outbreak:

So, ask yourself, if you were tasked with deciding between the two programs, which one would you pick?  Why?

Let’s change things a bit.  We’re still in the same situation as before, with a new disease expected to kill 600 people.  But now you need to decide between these two programs, C and D:

Same question as before: which program would you choose now?  Why?

This hypothetical situation, and the phrasing of the choice between the programs for each set of data, first appeared in a research paper in 1981, by Amos Tversky and Daniel Kahneman, called “The Framing of Decisions and the Psychology of Choice”, in the journal Science.  What they found was surprising. They presented the first set of options, Program A vs. Program B, to 152 people, and asked them to choose the program they preferred. Here are the results:

The second set of options, Program C vs. Program D, was presented to a different group of 155 people; here are the results of their preferences:

Were your choices similar to the choices of the people in this study?  Most people preferred A to B, and D to C.

So what?  We said this was surprising, right?  Well, reread the program options carefully.  The information given in programs A and C is the same!  Remember, there are 600 people under threat of illness.  In program A, 200 are saved, so 400 die; in program C, 400 die, so 200 are saved!  In much the same way, the information given in programs B and D is the same also, check it for yourself!  Did you notice this as you were thinking about the choices? If so, good for you!

What’s interesting here is that even though the first set of program options are actually identical to the second set, the researchers found that most people’s preferences changed from one set to the next.  Why did this happen? Notice that the results of programs A and B are phrased so that the focus is on what can be gained (people who are saved), while the results of C and D are focused on what can be lost (people who die).  These researchers found an interesting pattern: choices that involve what can be gained often make people averse to risk, so they can be certain of some kind of gain; here, they tend to choose the certainty of program A.  But choices that involve loss often make people more likely to take a risk to reduce that loss; here, most people choose program D.

In other words, depending on how a problem is presented, or “framed”, people make different choices; this is known as the “framing effect”.  Tversky and Kahneman went on to write many other papers about decision-making, culminating in their creation of a new field of study devoted to judgment and decisions, known as “prospect theory”, in which Kahneman was awarded the Nobel Prize in Economics in 2002 for this work.

We make decisions all the time that involve us taking a risk, or avoiding risk. It’s important for us to help our children understand that sometimes the way information is worded can impact the decisions that we make. Being aware of this highlights the need to think critically, and to carefully evaluate the information we use to make decisions as we conduct our day-to-day lives.

Find this blog useful? Follow us using the link at the top of the page to have new entries delivered right to your mailbox.

Want more probability to puzzle over? Check out Beans in our TpT Store!