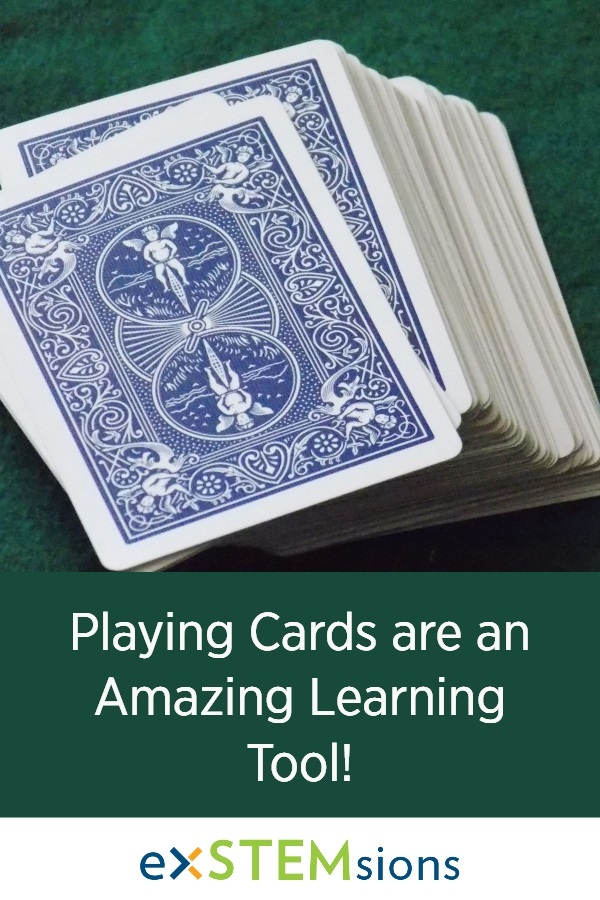 I have a secret. Shhhh. I’ll share if you promise you won’t tell.

I grew up in a family of overly competitive card players.

Growing up, we played A LOT of card games, and definitely kept score. The only thing anyone ever won was bragging rights (and maybe the occasional cookie), but we still really wanted to win! My grandmother was the driver of all of the card games I ever played - and I have been playing card games since as far back as I can possibly remember. Rosemary (my grandmother) began each day at the kitchen table with her coffee, playing solitaire until she won. Sometimes it would be five minutes... other times, she’d end up cheating (a little) just so she could get her day going! My grandmother was an avid player - she knew every card game imaginable, and she taught many of them to us. It wasn’t until MUCH later that I realized all of the math she taught us along the way. She was pretty sneaky, and super competitive. She never let us win - we knew if we won, we did it all on our own.

Playing cards is a FABULOUS way to build number sense, whether you are playing with children, friends, or even on your own. For example, think about solitaire. There are many different ways to play, but in the most traditional, you need to count down in a pattern, and manage multiple instances of counting down, in various stages, all at once. You need to evaluate if the next card you turn over can be played, and where, and if there are multiple options, which location is the best choice. My sister and I eventually played a lot of double solitaire (which I’m thinking we didn’t make up ourselves?), where you compete to get all your cards played first, using 8 piles and two decks, instead of just one deck and four piles. We learned to think fast because we wanted to win.

The other game we endlessly played while growing up was gin rummy. Looking back on it now, there was so much math! First, you needed to be able to group cards either by number, or in runs (4-5-6 for example). You also had to be aware of what the other players had down, so that you could play off of their cards (if that was allowed in your version), and so that you didn’t hold cards you wouldn't be able to play since all of the options were already used in other ways (analysis and evaluation!). We also kept score, so you had to know the value of each card, and how to add them quickly; my family had no patience for players who were being slow counting their points. When you were fast you were really using multiplication - if you had 8 cards worth two points each, you had 16 points. You had to be able to verify the scores of others and make sure the total scores were added correctly, since you didn’t want to lose to a math error (we played to 500... or 1000... or 15000; really, it depended on how much time we had on our hands). We also subtracted; we were always trying to figure out how many points we needed to win, or how much we needed to catch up, or how many points we were behind.

...and so many other critical thinking skills!

Beyond number manipulation, playing with my grandmother, we learned to remember cards as they were played, to use our thinking skills to get a sense of what the other players must have, and to look for patterns in play. Rosemary was a bridge player, and to be good at bridge, you really have to learn to keep track of what other players have played to try to divine what they may have in their hands.  When we were young,  she always seemed to know what cards you had (much to our utter dismay) even when you KNEW she hadn’t seen your cards. You’d be thinking about what to play and she’d say “Oh, c’mon, just play the 5!” and she’d be right! It drove us all absolutely crazy. As soon as we were old enough to know that was kind of amazing, we’d ask how she knew, and she’d explain (usually something like “Well, you played x, then your sister did y and I picked up z, so you must have…”) - which taught us how to think logically. Rosemary helped us see the patterns in play, in how numbers worked, in how to organize your cards so they were easy to play, and more - all with one deck of playing cards. And we didn’t even notice we were learning, because we always had so much fun.

Doesn’t that make you want to go get your cards out?? Don’t worry, any game will work (or make one up - I’m pretty sure I still play lots of games that aren’t “real”), and make the rules fit your needs. Just have fun - and let the number sense and logical thinking skills you’re building sneak up in the background!

Find this post helpful? Follow the blog using the link at the top of the page to get notified when new posts appear!