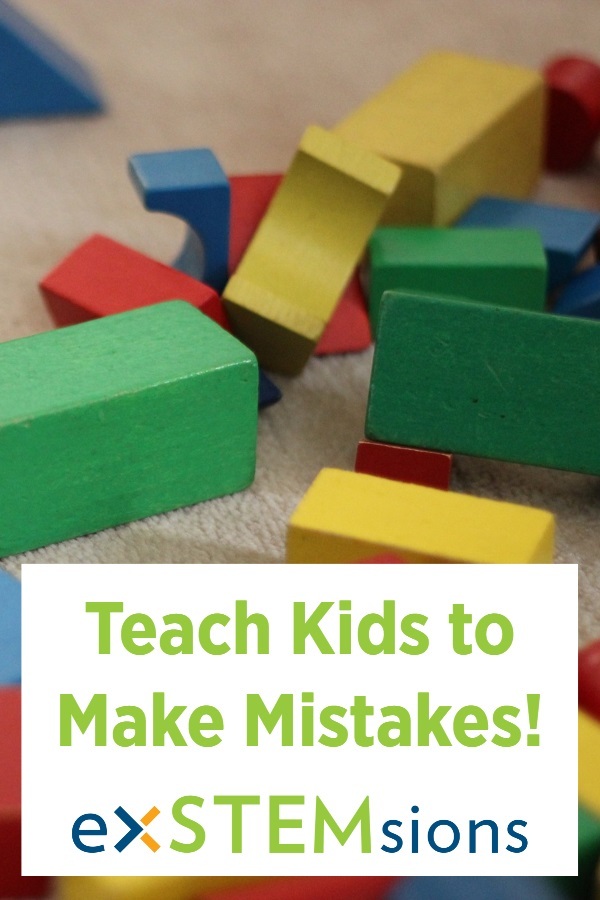 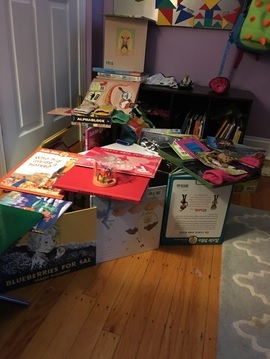 How Can You Help Your Child Work Through Frustration?

Talking About Mental Math is with Kids is Meaningful

What Happens When You Can't Make a Physical Model to Solve a Problem?

Teach kids that it's okay to make mistakes

When I was thinking about the blogs for this week, this blog was originally titled “Making the leap.” I was going to talk about how to help learners push through and make mental leaps that help them solve problems, particularly when they feel stuck, or unsure. But the more I thought about it, the more I realized that the answer to how to help learners “make the leap” is pretty simple: the key is teaching them to make mistakes.

I’m not saying that you should teach them to make errors, or silly mistakes. I’m talking bigger than that (and I get that you’re thinking I’m starting to sound like a crazy person - that’s okay, just stick with me!). Here’s the thing. When you take a leap, when trying to figure out something where you’re not sure how to proceed, it’s a matter of getting up the nerve to try SOMETHING. Sometimes, that something that you try isn’t going to work out - hence, the mistake. I am advocating for teaching a child that this is normal, even wonderful. Mistakes happen, and they are valuable for lots of reasons, first of which is that they prove that we were willing to try. Mistakes show that we can overcome the fear of making a mistake, and of being wrong. Often kids feel like being wrong is the end of the world. We all feel that way sometimes. But, really, being wrong is just a chance to try again. And, fabulously, when we try again, we already know at least one thing that isn’t going to work, which means we have a better chance the next time!

Make mistakes work for you

I am a parent of two young children, ages 4 and 6. You might have kids of these ages in your house, or you might just know children of those ages. For me, raising children is just one giant reminder that trying something, and having it not work out, is worthwhile.  I feel like I make mistakes ALL DAY LONG, but that’s because I’m trying to be the best parent possible. When I make a mistake, and my kids notice (they always notice), I work hard to own it and help them understand that mistakes happen, but what matters is that we’re making the effort. We talk about why I ____ (insert mistake: burned dinner, dropped a glass, forgot something important, got lost…), and why it was okay that it didn’t work out.  I also work to help THEM try new things, and if they don’t work out, we talk about what didn’t work, and what they might try next time. Lately, my daughter has been building “towns” out of hardback books. Having them fall down (over and over again) has allowed her to learn a lot about how to make “towns” that are structurally sound.

The mantra for “town” building has become “build again!” and we recently seem to be using it far beyond things we’ve built. When one of my kids decides to try something new and it doesn’t work, you’ll often hear one of the adults in my house say something like “Well, what do we do when the books (blocks, whatever) fall down?” and then someone else will say “We build again!” I hope that this attitude, that we can always build again, is carried with them into adulthood.

Mistakes are vital to learning

Learning to make mistakes means learning not only that they happen, but that they teach us things. When we make mistakes we often get a better sense of what WILL work, or at the very least know there is one less option out of those we have to try. The hardest part of making a “leap” is knowing it might not end up the way you planned, and that’s just as scary for learners as it is for parents, teachers, or mentors. That doesn’t mean, though, that we shouldn’t leap and see what happens.

Did you find this post helpful? Follow the blog using the link at the top of the page to get notified when new posts appear!