Where is the Math in Bubbles? | exSTEMsions 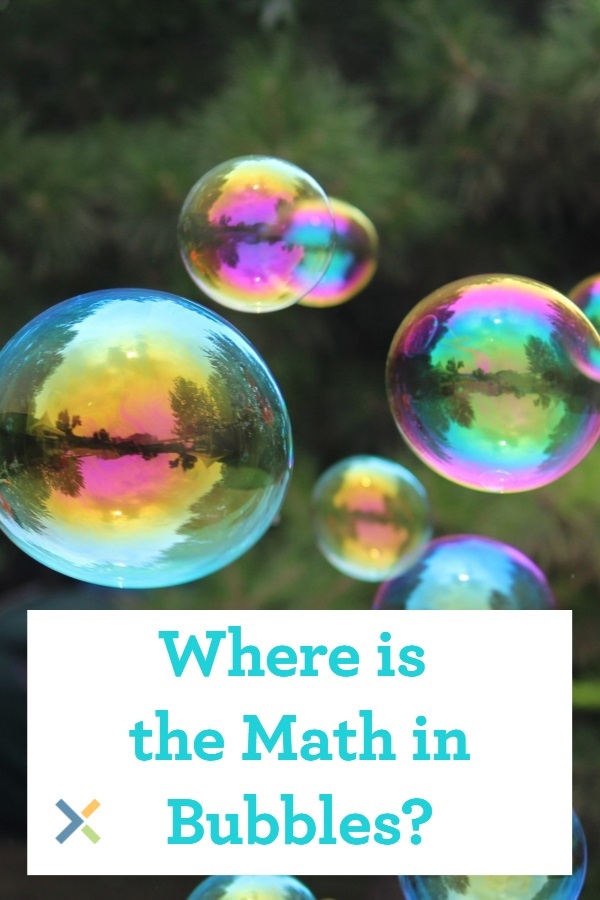 Let's start by thinking about curves...

A recent problem was about an incredibly strange formula that turned out to be not so strange after all: it simply calculated the maximum of the two numbers we plugged into it. Beyond interesting little problems like this, understanding maxima and minima is incredibly important in STEM fields, and can also be quite fascinating.  We’d like to focus in on one topic here that has an esteemed place in mathematics: the so-called “isoperimetric problem”.

The word “isoperimeteric” has two parts.  First, there’s “iso”, which means “same”, and there’s the “perimeteric” part, which as you might guess, is referring to the word “perimeter”.  The perimeter of a geometric object is just the length of its outside boundary.  For example, the perimeter of a polygon is the sum of all of its side lengths, and the perimeter of a circle is its circumference.  The isoperimetric problem therefore deals with figures that have the same perimeter.  So, what, exactly, is it?

Get yourself a loop of rope or string, and place it in front of you on a table.  That loop has a certain length, and when you arrange your loop on the table to make whatever shape you want, the length of your loop is the perimeter of that shape.  So, you play with your loop of rope, and make different shapes with it, polygons, curved shapes, anything you want.  As you do this, you might wonder about the area that each shape encloses.  All the shapes you make have the same perimeter, but the areas that they enclose change; sometimes they enclose only a little area, other times more.  A natural question arises: what shape would you have to make so that your loop encloses the biggest possible area that it can?  This, then, is the isoperimetric problem, where we replace the words “loop of string” with the fancier terminology of “closed curve”:

Isoperimetric problem - Given a closed curve with a certain fixed perimeter, what shape does it have to be to enclose the maximum possible area?

We can use curves to make...

You might not be too surprised to know that the answer is a circle.  Although this fact was known since ancient Greek times, it took a good long while for it to be rigorously proven (in the 1800’s!).  Now, this problem has a flat surface for its setting, so the objects under consideration there live in two dimensions. Might there be a version of this for objects in 3 dimensions? The 2-D problem involved curves; can we involve surfaces in 3-D?

Yes!  Suppose we have a surface in space, and we know its surface area (like we knew perimeter before). Imagine that we can push and pull on this surface to change its shape. All of the surfaces you get will have the same surface area, but will enclose different volumes (like we were concerned with area before).  Our question now is much the same as before: out of all the possible 3-D objects with a certain fixed surface area, which of them encloses the maximum possible volume?  The answer, wouldn’t you know it, is a sphere!

Now let’s consider a related problem, one that is in some ways the “reverse” of the one above. Imagine a cloud of gas which you want to contain in some kind of enclosure, like a balloon. The gas has a certain fixed volume, but could conceivably be contained in any number of oddly shaped balloons.  Just for reasons of economy, you’d like your gas to be contained in a balloon which is the “smallest” balloon in some way.  For a measure of smallness, why not look to the surface area of the balloon?  And now a question arises: out of all the possible shapes that could enclose a certain fixed volume, what is the one with the minimum surface area?  (Compare this to the problem in the last paragraph!)  As it turns out, that shape is, once again, our friend the sphere!

And, yes, even bubbles!

Looking for MORE interesting ways to think about math? Check out our problem-solving sets in our Teachers Pay Teachers store!!